John Jackson and his family have been living in Ottawa since 1974. Born and raised in Montreal, he was always active in the community, volunteering at Ottawa Modern Jewish School (OMJS), Jewish Family Services (JFS) and more.

My connection with Jewish community started in Montreal. I went to Yiddish Folk Shula, and in 1949 my graduating class was given the responsibility of going door to door in the Snowden apartment buildings to collect funds to purchase much-needed ambulances for Israeli communities. For many years, I was also a member of the youth movement, Habonim and saw older members make their way to Israel.

We were introduced to Jean Rivier, whose family has remained close to us since. They introduced us to Ottawa Modern Jewish School (OMJS) and we enrolled our three kids. Soon thereafter I got very involved in the school. I was on the board as Treasurer and Vice President up until my kids graduated.

As my professional career developed, I was elected to the position of School Board Trustee. Fortunately at that time, I was able to help another Jewish school looking to save their space in a public school location.

Since the beginning of my volunteer career in Ottawa, another organization I have been involved with is Jewish Family Services (JFS). In the mid-90s, I served as treasurer of the board. Over the past few years I served as Vice President, Co-President and President.

Working with JFS has been some of the best and most fulfilling experiences I’ve ever had. Their commitment is to help members of the Jewish community who are struggling with life issues such as poverty, abuse, mental illness. JFS also has programs to support Holocaust survivors, the homeless and other communities in need. Services offered have been so successful that the province of Ontario has designated JFS as a mentor for all of the walk-in clinics in Ottawa and the surrounding areas.

I am so proud of the work that they do and their remarkable staff members.

In humanity there is only us, there is no them

My philosophy is simple. In humanity there is only us, there is no them.

I am so proud to see JFS take the lead in the Jewish community to help Syrian refugees who arrive in Canada to experience a welcoming home here. This is a cause I feel strongly about, due to my personal connection to the Shoah. My father, despite having such a positive attitude towards life, lost his whole family in the Shoah -- 49 people in total, including eight brothers and sisters and their families. My mother lost her parents, younger sister and her sister's husband and son.

The importance of helping others

To me, there is nothing more important than to be kind, to help people and the community, however I can. Over the years, I have been able to do so at OMJS, JFS and various Federation committees.

One of my favourite stories is about my grandfather, the architect of the Great Synagogue of Bialystok. He was a man who was never financially successful, despite his accomplishments. One winter day he came across a homeless man freezing on the street. Upon seeing the man lying on the cold floor, my grandfather immediately removed his brand new winter coat, covered the man with it, and gave him some food. When he got home my grandmother was not happy to find out that his coat was missing - until she heard the full story.

This story inspires me. Showing me how these values were passed along from my parents to me, and I hope to inspire the next generation through my actions.

Thank you John for sharing your story with us!

Looking for a way to get involved in the community? Check out the volunteer center: https://jewishottawa.com/volunteering 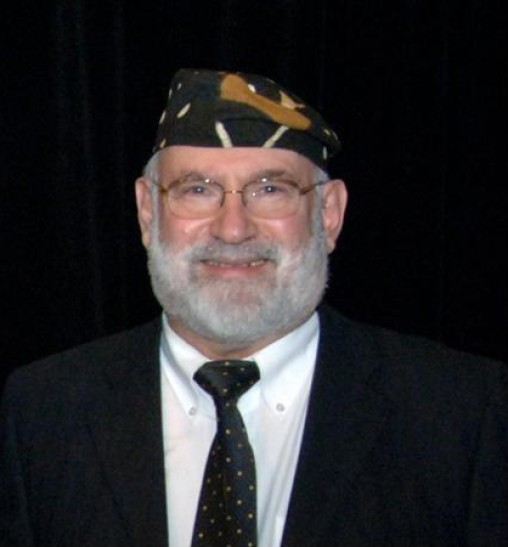