Learn From the Past. Protect the Future.

Join us to make sure that the Holocaust is never forgotten.

To honour the memory of the six million Jewish children, women, and men murdered by the Nazis, the United Nations designated January 27 International Holocaust Remembrance Day. So we can collectively mark this important occasion, the World Jewish Congress launched the We Remember campaign. Join millions around the world and photograph yourself holding a sign that says #WeRemember and post it on social media. Many of the images will be projected on a screen at Auschwitz-Birkenau.

Ready to get involved? Here’s how - see below!

Ottawa's We Remember Ceremony: To collectively mark this important occasion, the Jewish Federation of Ottawa is participating in the World Jewish Congress’ We Remember photo initiative and landmark lighting campaign.  A special ceremony is being held at the National Holocaust Monument Thursday, January 27 at 6 pm. Organized by The National Holocaust Monument Committee along with the Federation, CIJA, CHES, and the Israeli Embassy, the ceremony will be live-streamed on Facebook.

As part of this ceremony, the Holocaust Monument will be illuminated in yellow light joining monuments in 26 other municipalities from coast to coast that will be lit up to remember the six million Jewish souls lost during the Holocaust (Shoah). Other public buildings to be illuminated include the National Gallery of Canada, Tabaret Hall at Ottawa University, Canal Building at Carleton University, Algonquin College and around Canada, the BC Legislature, the Calgary Tower, Montreal’s Olympic Tower, Niagara Falls and the CN Tower. 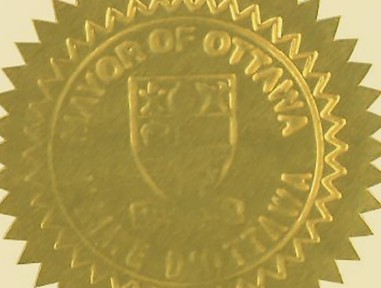 Some other way you can commemorate International Holocaust Remembrance Day