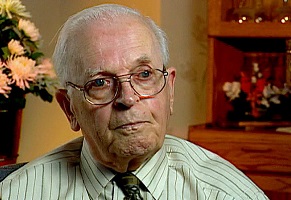 Arie Van Mansum - Rescuer of Jews during the Shoah

Arie Van Mansum was born March 5, 1920, in Utrecht, the Netherlands, to Gerrit and Neeltje Van Mansum. Arie had two sisters, Margeretha and Gerrie, and one brother, Gerrit Jr. When Arie was six, the family moved to Maastricht where his father was a laborer for the Dutch railroad. Arie and his family were members of the Reformed Church of the Netherlands. He remembered life began to change after the German invasion in 1940; eventually, everyone had to carry identification cards and Jews had to wear a Yellow Star.

As a traveling salesman, Arie had a rail pass that allowed him to travel freely. Not long after the invasion, a friend of Arie’s from church asked him to accompany a Jewish couple on the train and to a hiding place in the center of the Netherlands. With the help of his church, Arie helped the couple as well as many other Jews find hiding places. His own family hid a young Jewish boy and an infant during the war because Arie could not find them other places to hide. In addition to finding hiding places, Arie also created hundreds of counterfeit food stamps and false identity cards with funding from the church and sometimes from Jews themselves.

In 1943, Arie was arrested by the Gestapo for his resistance activities. He was first taken to Maastricht where he was interrogated and beaten. Arie was then sent to the city of Scheveningen, near The Hague, for a couple of days before being imprisoned in Haaren where he spent six months in solitary confinement. From there, Arie was taken to Amersfoort, a concentration camp in Holland with mostly political prisoners. He was there for a few months until he was transferred to another camp in Utrecht.
There, Arie appeared before a court-marshal where he was questioned about his underground activities.

In May 1945, the Canadian Army liberated Arie, and he returned home to Maastricht. Upon his arrival, Arie worked to reunite the families he had helped to hide before his arrest. He also aided the local police force with investigating and interrogating war criminals. In 1946, Arie appeared as a witness at a war crimes trial.

In 1952, Arie married Doris Van Diggele. Wanting to start a new life outside of Europe, they immigrated to Ottawa, Canada in 1958. They had three children, Ria, Girret and Margeret. Doris passed away in 1970. Many years later, an author named Janet Keith contacted Arie wanting to write a book about his experiences during the war. A Friend among Enemies was published in 1992. Arie remained in contact with many of the people he had helped during the war, and he often visited them. At the time of his interview in 1996, Arie was married to his second wife, Annette Van Loenen. 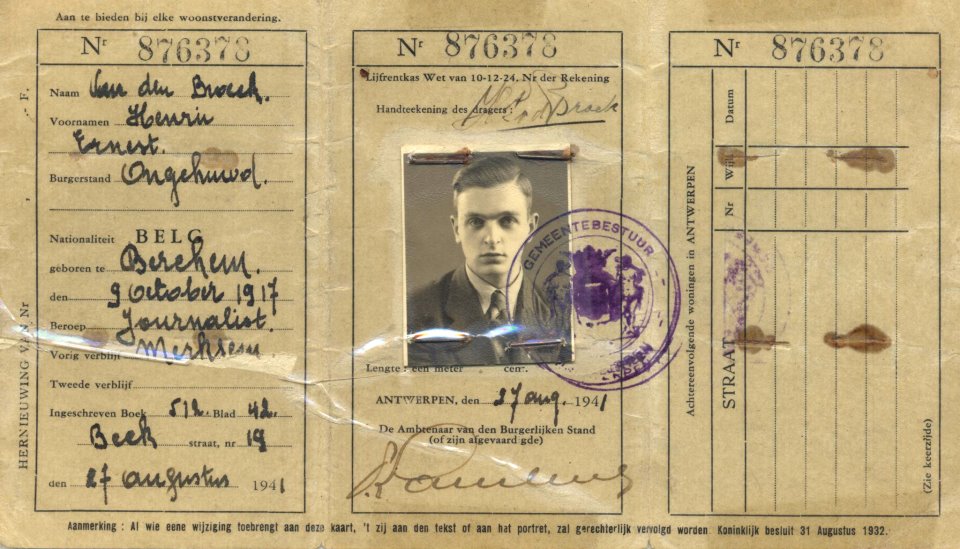 Each year, as part of Holocaust Education Week, the Shoah (Holocaust) Committee of the Jewish Federation of Ottawa presents the Arie Van Mansum Award to honor an outstanding Ottawa-area teacher who is exemplary in his or her efforts to teach students about the Holocaust.

2007 Winner
Patrick Mascoe of Charles Hulse Public School. Since receiving the award, Patrick Mascoe was awarded a scholarship to attend a teacher’s seminar at Yad Vashem in Jerusalem. As well, Mr. Mascoe's "tolerance initiative" has been recognized publicly by Premier Dalton McGuinty and by the Daniel Pearl Foundation in Los Angeles. In 2012, he was invited to present at the Yad Vashem international teacher’s seminar about his tolerance initiative.

The Arie Van Mansum Award is on hiatus until further notice. Please check this website periodically for updates.