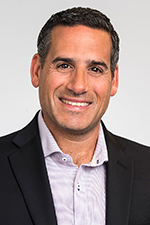 Josh was born and raised in Ottawa and has been an active participant in the Ottawa Jewish community throughout his life. As a child he attended and graduated from Hillel Academy, had his b’nai mitzah, along with his twin brother Eric, at Agudath Israel Congregation and attended Camp B’nai Brith of Ottawa from 1980 to 1995, as a camper, staff member and supervisor.

In January 1996, after having graduated from the Richard Ivey School of Business at the University of Western Ontario, Josh joined GGFL Chartered Professional Accountants to begin his career in public accounting. He was drawn to the firm for its reputation in the Ottawa community at large as well as its commitment to being a good corporate citizen, specifically as it relates to supporting and giving back to Ottawa’s Jewish community. After obtaining his CPA designation in 1999, Josh was admitted to the Partnership in 2010 and was named Managing Partner in 2019, a position he currently holds today.

Josh credit his parents, Cynthia and the late Abraham Engel, for giving him the opportunity to be educated and live “Jewishly” and strongly believes that this has contributed greatly to the success he enjoys today in both his personal and professional life.

“I have had the privilege of working with, and learning from, so many of our great community leaders, including the most recent Annual Campaign Co-chairs, Karen Palayew and Rabbi Bulka, z"l. I am honoured to be in such great company and am hopeful that with their continued support I can bring a new energy to the campaign and inspire the next generation to give back to our great Ottawa Jewish community in a meaningful way.” 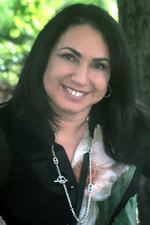 Evelyn Silverman is a Montreal native, who like her predecessor Dr. Karen Palayew, grew up as an active member of Shaar Hashomayim Synagogue.  She was raised in a family that revered education, hard work and care and respect for the elderly, and was herself always actively engaged in youth programming and leadership. Given her love of children, she achieved her Bachelor’s and Master's degrees in education from McGill University.

Evelyn then moved to Toronto and where she worked as a teacher in the tough inner-city school system, and subsequently relocated to Connecticut to accompany her husband Howard as he further pursued his education.  Evelyn continued her work as an educator there, where she taught in an Orthodox Hebrew day school.  Two of her children, Alyssa and Jacob, were born there before the family moved to Albany, New York, where Howard completed his education and Matthew and Max were born.

Evelyn and her family then returned to Ottawa, where Howard, also a Montreal native, had grown up.  Evelyn quickly became integrated into the incredibly welcoming Jewish community and continued her teaching career at the Ottawa Jewish Community School, where she taught for over 10 years.  This enabled her to meet much of the community at a grassroots level, encountering both the children and their families through her work, growing with the community as her students grew as well.

Evelyn is an active member of Congregation Machzikei Hadas synagogue and has served on its executive committee for two years.  As her children have grown and left the nest, she has become increasingly involved in Federation, and is very excited to take on her new role as Women’s chair.  She is excited to bring her love of family and community to her work, and she believes deeply in the Federation’s mandate and importance in everyday Jewish life here in Ottawa.  Evelyn is most honoured to accept this leadership role and to walk in the footsteps of the many dedicated people who have gone before her.  She is particularly grateful for Dr. Karen Palayew’s mentorship and friendship, and looks forward to working with Josh Engel, her co-chair, in the coming years.