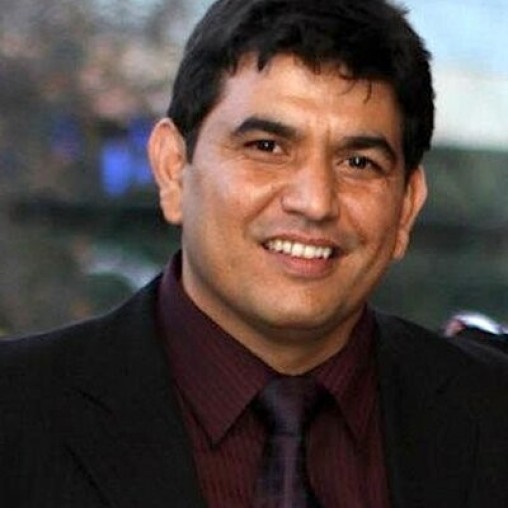 Born and raised in Afghanistan, Dr. Farouq Samim is an Afghan Canadian who is currently the manager for the Ottawa Newcomer Health Centre where he manages the provision of the most comprehensive health care package to newly arrived newcomers and refugees in the city of Ottawa.

Graduated from Kabul Medical University in 2001, Dr. Samim trained as a military physician serving the then national defense forces in Afghanistan at the time.

Due to his passion for journalism and media, Dr. Samim joined the Kabul Bureau of the Chicago Tribune in 2003 as local reporter where he provided extended coverage of the country for the newspaper. Dr. Samim’s work with the Tribune has been portrayed in the Taliban Shuffle, a book authored by his former colleagues and Tribune south Asia bureau chief, Kimberly Barker. The book was later optioned for a Hollywood movie called Whisky Tango Foxtrot produced by the famous North American comedian Tina Fey. In the movie Farouq was played by Christopher Abbott.

As a former Afghan journalist, Farouq has also worked a freelance reporter and television producer for a number of other English and western media, including the American military newspaper, the Stars and Stripes, the New York Times, The Los Angeles Times, the Christian Science Monitor, the German based Stern magazine and RTL Television, the French based La Figaro Magazine, the Irish National Television, the Qatar based Aljazeera English, the UK based Guardian, Sunday Times, and Sunday Telegraph.

Dr. Samim has also worked as a researcher and investigator for several Human Rights organizations including Human Rights Watch, Human Rights First, One World Research, Amnesty International, and Crimes of War. Dr. Samim has also been the author of Laghman, a guidebook designed to support the counter terrorism and rebuilding operations of the NATO forces in Eastern Afghanistan.

Dr. Samim is also the winner of a prestigious joined scholarship by the University of Ottawa and the Open Society Foundation in New York. In 2009, Farouq moved to Canada to complete his MA program in Communication at the University of Ottawa. His MA Thesis, Communications for Conflict Resolution, The Pashtun Tribal Rhetoric for Peacebuilding in Afghanistan, is focused on building cohesion between NATO troops and local tribes of Eastern Afghanistan. While he was still an international scholar at the U of O, he provided pre-deployment media and cultural training to our Canadian troops and civilian diplomats from Canadian Global Affairs.

Since the unfortunate collapse of the previous western backed Afghan government, Farouq has been one of the three co-founders of the Operation Abraham, an Ottawa based advocacy group supporting the evacuation of former Afghan allies of Canada. Farouq and his colleagues have so far been able to support the evacuation of more than 1,100 Afghan lives including some fearless Afghan women rights defenders, female judges and prosecutors, teachers and former Afghan national security forces.

Dr. Samim is married and lives with his wife, Wajma Samim, and their four children in the Orleans neighbourhood of Ottawa.