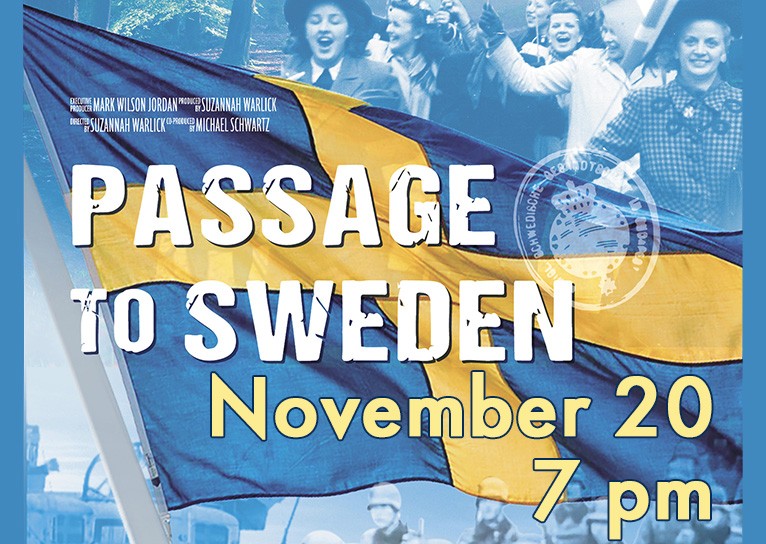 The Shoah Committee of the Jewish Federation of Ottawa invites you to a virtual screening of the 2021 award-winning documentary Passage to Sweden and live Q&A with filmmaker Suzannah Warlick, and film narrator Chana Sharfstein.

Passage to Sweden is a compelling story of the events occurring in Scandinavia and Budapest during the Second World War. Defying the occupying German forces, and protecting fellow citizens, spontaneous and dramatic rescue operations were conducted to save thousands of Jewish lives. Ordinary people took extraordinary actions at the risk of their own safety. Their selfless acts of courage and compassion is a powerful example of how anyone can make a difference even during the darkest of times.
Join us at 7 pm for a virtual film screening, followed by a live Q&A at 8pm.

Introductory remarks by Embassy of Israel in Canada and Embassy of Sweden in Canada.
This event is brought to you in collaboration with Greenberg Families Library and the Melton School of the Soloway Jewish Community Centre.